The loss and legacy of a motivational storyteller and 'encourager' 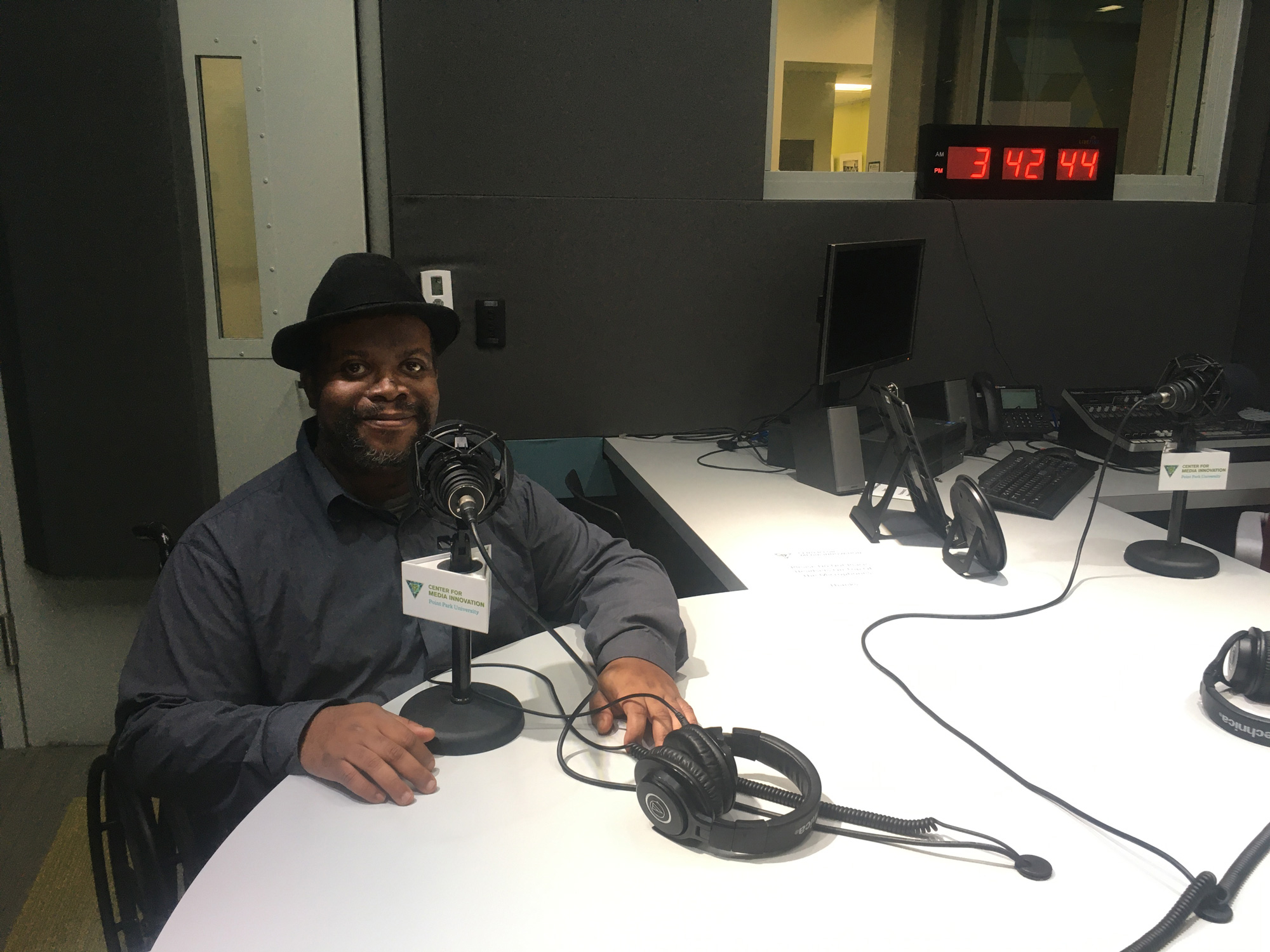 Editor’s note: Jennifer Szweda Jordan publishes Unabridged Press and manages The All-Abilities Media Project in collaboration with the Center for Media Innovation at Point Park University. The project supports the integration of people with disabilities in podcasting, writing and other publications. PublicSource partnered with Unabridged Press and the All-Abilities team to produce adapittsburgh.com

The email address charmed me: “Studentencourager,” it said, followed by the domain name.

It was on the guest list for an event I helped organize, a Dis/Ability Symposium in 2019. A person who’d pick that name had to be a good soul, I thought. The address belonged to David Hale, who was, indeed, a good soul. I learned recently that David died. His is a story we could all learn from now.

I met him at the symposium that was part of the All-Abilities Media Project. Then, in January, he accepted my invitation to read a section of the Americans with Disabilities Act on camera for a video in collaboration with the news outlet PublicSource for the project ADA at 30: Accessibility in Pittsburgh. Hale wore all black and a smart fedora, looking every bit the musician and storyteller he was.

As we discussed the Americans with Disabilities Act and the promises it made for education, David praised his education at Pioneer School in Brookline for its creativity in teaching him.

When I asked what “student encourager” referred to, he said that he used his personal story as he informally supported youth going through their own challenges. That story included having spina bifida and learning disabilities.

“When I was 4, my mother told me that there was a purpose for my life,” Hale said. “And that really helped me to feel like there was something for me here in this world to do.”

He said that a milestone in finding his purpose was realizing he could impact people through stories. It really hit him when he got on stage and spoke at a music camp run by the Woodlands Foundation. He talked about Ludwig van Beethoven.

“As a classical musician, who went deaf during his legendary career, he kept living and making beautiful music,” Hale said.

He got a standing ovation. Hale especially appreciated Beethoven because he enjoyed music so much himself.

“I love doing percussion and drums (the bongos), and I like to take my drum sticks and make beats,” Hale said. He’d also tap and bang his drum sticks on boxes or other objects, inspired by the performance group Stomp, which creates rhythms using ordinary objects like trash can lids.

Hale also enjoyed participating in his Christian church, but in talking about it, I learned about some of the obstacles he faced there.

“They want to serve people with disabilities, but not let them serve in ministry,” he said about the church. “And that’s one thing I would like to change.”

Hale talked about this at greater length in a podcast at adapittsburgh.com and told me about similar experiences outside the church.

“It’s easy for a person with a disability” to isolate themselves, he said, adding that he’d always been cautioned against that. “When people seemingly don’t care about us or don’t interact with us or don’t include us, it’s easy to be like, ‘Forget this. I’m just going to be by myself because that’s easier.’ But I’m determined not to do that. That’s not good for me and not good for anybody.”

Another challenge in life Hale pointed out to me was just getting around town. He described run-down sidewalks in his neighborhood of McKees Rocks. And looking back, I realized that both times I met him, he arrived about an hour early and left about an hour after most everyone else left the events. That’s because he relied on ACCESS Transportation, the transit system in Allegheny County used by many seniors or people with disabilities and not known for being convenient in its timing.

He seemed unruffled by the long wait. I considered how pissed off I would be if I had to deal with such transportation inconveniences for a single day. And we allow people with disabilities to live with this, always.

A few months ago I sent Hale a couple great pictures of himself at the microphone in Point Park University’s podcast studio.

Then last month another email from Student Encourager was in my inbox. But it wasn’t from David. It was from his sister writing to tell me he’d died. He had cancer but his sister Tonya Hale said his death was owed to multiple infections. David was 40.

I headed over to his Facebook page and saw posts celebrating David’s life. One of them was from disability advocate Tina Calabro. She pointed out that he last spoke on stage with the Woodlands camp at an event at the August Wilson African-American Cultural Center.

When I learned that, I was so pleased for Hale that he found a stage to in some ways preach — a pulpit that he didn’t find at his church.

I recalled how he’d described his life as “full of hope,” and added, “I’m thankful for that.”

Calabro passed on a quote from Hale’s talk at the August Wilson Center:

“What’s my purpose?” Hale asked aloud. “It’s to join in on the good work of making this world a better place. That’s a purpose we all can unite around in the big story of life. “

In 2020, the last year of Hale’s life, we’re all students in a crash course of a new way of being. We’re facing new and painful challenges and in need of unification. As I write, I realize I’ve been under the tutelage of the Student Encourager, as well as many other people with disabilities I’ve met through the All-Abilities Media Project.

Hale was the first person I’ve met through the project who has died. It is my hope that sharing his story will encourage all of us to encourage each other and to live grateful lives, as he would say "full of hope."